If I Report a Dog Bite, Will the Dog Be Put Down?

If A Dog Bites a Child or Adult Does It Have To Be Put Down? 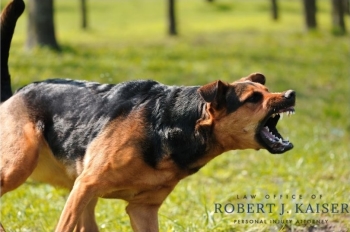 In California, a dog that bites someone is not required to be put down since the owners of the dog are held liable for your injury – not the dog itself. Many of our clients would never open a dog bite case if they knew the animal was at risk of being euthanized.

After a dog bites you, both you and the owner are required to report the incident to the Los Angeles County Veterinary Public Health and Rabies Control. From there, the county may choose to investigate the incident.

This investigation can help verify the accuracy of the initial report(s) and decide what actions need to be taken against the dog if any. It can also help establish the owner’s liability, which is helpful if you decide to pursue legal action. Mostly, the county will want to ensure that the animal does not have rabies. They typically do this by quarantining the animal.

In the event that a dog (or cat) bites or attacks a human being, the state of California requires the animal to be quarantined for at least 10 days. Depending on what the county decides, this isolation and observation can take place in a pound or veterinary hospital. More often than not, however, quarantine happens in the owner’s home.

California does not observe the “one-bite rule,” but this rule ultimately has nothing to do with the dog. Instead, it affects the owner and helps determine their liability. In the state of California, the owner of a dog is responsible for the dog’s behavior, whether or not the dog has exhibited aggressive behavior in the past. The dog’s previous behavior, however, might come into play if the dog is being considered for euthanasia.

How Many Times Can A Dog Bite Before Being Put Down

In order to be euthanized, the dog must have bitten people on two separate occasions or caused substantial physical injury after being trained to fight, attack or kill. Still, someone’s dog will never be euthanized automatically. Before putting down an owner’s pet, the state must hold a hearing to determine if the animal is a threat to public safety.

How to File a Claim

The moral of the story is this: filing a dog bite lawsuit against a negligent owner will not harm the animal in any way. If you’d like to move forward with your claim, call the Law Office of Robert J. Kaiser today. Our founding attorney, Robert, has over 20 years of experience in Santa Clarita and is familiar with all state statutes involving dog bites.

Put our knowledge to work for you by calling (661) 441-3446 or requesting a free consultation today.